Showing posts with the label friends
Show all

06:50
I spent a few days around Easter away in the Champagne area. The Manoir de Maffrecourt was our place of residence for 3 days. It have always wanted to visit the area this time of year for it's splendid scenery, views and colors. And of course the Champagne!

The Maffrecourt 2011 gallery holds my mobile pictures and is now also updated with my DSLR pics.

11:36
Last Saturday, I went to Armin van Buuren's show that celebrated the launch of his new album Mirage. It turned out that some of my friends were also going, instead of just me and a date, so it was even cooler to be there with Martin and Femke *and* Liedewij. It was Lied's first party after 5 years or so, and she was in for a treat.

We arrived at 23:30 hrs roughly and the party started up-tempo. Other Armin Only! parties have started a bit too mellow for my taste. And waiting until 1-2am for the music to pick up is not funny. But this year, he went straight for it! Tons of live artists. Of course, songs from his new album. Awesome performance and great light shows and lasers. I didn't bring a camera but the video below kinda says more than I could have captured anyway:

12:32
I have updated smugmug with photos from RockIt festival in Utrecht and Dance Valley 2010. Both events were a bit rainy, notably Dance Valley, but because this meant that newbies and pussy fans did not come, only the true party people and dedicated dance fans remained, it was even better! Yes we got wet, but on a hot day you sweat loads too, so what's the difference exactly...? :)
Post a Comment
Read more

The mid-week break to England was great! Slept in almost every day, saw great cities, met new people, have fun, took pictures and saw an old friend again after 5 years or so.

I have a set of pictures from Cambridge, where Marianne is until the end of July. I have some pics of the newly-wed Jelte and his wife Linda. And I have a great pictures and memories of a fantastic birthday party for Marianne on Jesus Green park in Cambridge where I met everyone from the University. It felt like was back in the US, in the park near CMU with my old friends enjoying Summer. :) Awesome!
Post a Comment
Read more

09:15
I saw Jack Johnson in O2 Arena with Marianne. It was a lot of fun! The concert wasn't that good, though. He was a bit absentminded and unconcentrated, forgetting lyrics a lot of kinda messing up. But it was still funny enough. Sadly, he didn't talk a lot but just got thru the set and was done with it. Felt a bit disappointing. Oh well, guess everyone can have an off day and for us it was still good. :)
Post a Comment
Read more

While visiting Jelte in London and Marianne in Cambridge, I had a chance to watch an actual football match (aka soccer) again after 15+ years or so. :) It was fun, because we won, but also because I had my trusty RSS feed reader on my Android filled with tons of interesting news and Twitter to keep me updated while not actually watching the screen. :)
I posted a ton of photos on smugmug.
Post a Comment
Read more

00:09
I'm traveling to the UK for a short break and a visit to friends. Marianne is in Cambridge and Jelte's birthday is on July 4th. I'll be going to a Jack Johnson concert in the O2 arena, checking out London and Cambridge and generally meeting a lot of new people. :)
Post a Comment
Read more

Which friends have an Android phone?

10:14
The Google blog showed a cool new feature Google Labs has built: Green robot icon. The icon in GMail or Gtalk shows which friends or contacts have an Android phone or device. :) Cool! I can't wait to the Liquid A1 once it comes out! My Nokia 6500C is seriously getting on my nerves. It can't do ANYTHING!
Post a Comment
Read more 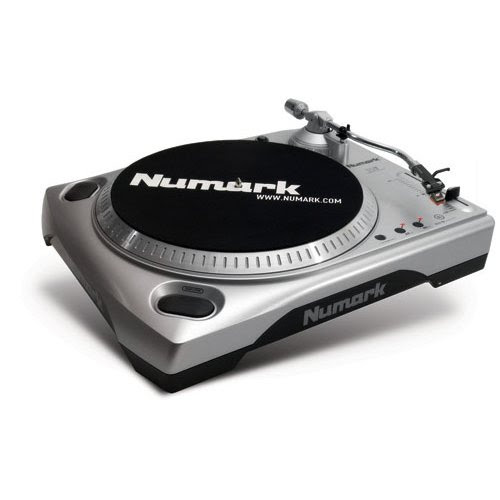 I bit the bullet! After years of swaying yes and no, I just ordered the Numark TT USB digital phono. An oldskool record player to digitize old LPs. My parents still have a ton that I can't find anywhere and would like to preserve. I have a few cool 12" extended versions that I'd like to share on piratebay and Marianne has a ton of rare, old LPs that are priceless. So there I go... :)
Post a Comment
Read more

In Your Light - Jon Allen

17:39
Dee pointed me to this great new artist Jon Allen and I was moved by his single In Your Light.

On the way to Thailand

04:47
Well, after a week with my friends Michiel and Molina in Singapore it's time to move on. I need to get away from the city, the heat and the people. Just want to quiet and peace of mind to settle my nerves and thoughts. It's been a weird and hecktic, stressful year so far. Need to unwind, no matter how much I enjoyed Singapore and their hospitality. Was lucky to participate in a Moon Festival celebration with Chinese friends of my friends. Home-cooked dinner, marvelous house, friendly people, lantern walk though the neighborhood... it was excellent and soo different from anything else in the week. Great ending of a wonderful stay. Thanks! I'll try to upload some pics soon...

Now on way to Krabi, through Bangkok. Flight was delayed and had mechanical troubles. So I missed my connection here on Bangkok. :( Had to go through customs and check back in. Sadly, I had to pay the difference for a new ticket because I had not allowed enough time (3 hrs) between my flights. Thieves! …
Post a Comment
Read more

07:30
Dov Davidoff is a very funny stand-up comedian. Thanks, Appie, for the tip! (y)
Post a Comment
Read more LIEF festival, the tiny, intimate, cute little techno and minimal party in Utrecht last weekend was awesome! Sold out. I estimate 5000 people only. Really fun! The location was dressed up in very cool ways, very effective and lief (=sweet/cute in Dutch BTW). The day, however, proved a disaster is three ways:
1) I forgot my digicam but used my phone instead
2) my phone was empty at 4pm or so. :(
3) I dropped my phone at 9pm or so and now it dead :'(

Fortunately, partyflock has great photos of LIEF! And next, my friends, we are all going here! It is just too LIEF to let it pass you by!
Post a Comment
Read more

Saturday I was at Mysteryland 2009. We were all afraid for the weather but it was beautiful albeit a bit windy. It was a very very beautiful decorated event, even for Mysteryland! Food, bars, coins. Everything was well taken care of. No hassle, no hussle no stress.

Went to Antwerp yesterday with friends and visited Culinair Antwerpen, also known as the "Bollekesfeest" after the shape of the official glas for De Koninck beer that is made here. Was a beautiful day with Michel, Marleen and Marianne. Thanks guys! My favorites were the mussels with a Ricard&cream sauce and the Poll Fabaire crémant from Luxembourg. Yummie!

At the "Bollekesfeest" in Antwerp, aka "Culinair Antwerpen", yesterday with Marleen, Michel and Marianne, we got a delicious bottle of bubbles: Crémants de POLL-FABAIRE from Luxemburg! Yummie! And you can buy them online. I recommend the Brut! Made from Pinot Blanc grapes, just like my favorite champagne: Dampierre! But that costs as much per bottle as a whole case of the Crémant!!!
Post a Comment
Read more

12:01
On August 22nd, I am going with Michel to Antwerp to enjoy Antwerpen Proeft. And I just discovered through SpecialBite@twitter that a week later, there is something similar in Rotterdam: Heerlijk Rotterdam!
Post a Comment
Read more

Saturday marked another Dance Parade 2009. Different from other years, this year almost all friends had recently had babies or so. So our number was small: only 5 people including me. Luckily I've been going out in Rotterdam this year, so I ran into 5 6 (!) friends at the dance parade as well. Thanks Li, Björn, Jermaine, Therese, Ingrid and Saskia! Always fun when a pretty woman is suddenly around your neck and you also know her. ;) hehe

The Dance Parade was different than others years also because a lot of care and planning had gone into it by the city of Rotterdam, in an effort to try to discourage drinking along the route and demote gangs of drunk people making a mess along the way. I think it worked: we only drank 5 liters of Bacardi&Cola and Vodka&Orange juice with the 5 of us, so it was definitely very effective! *hick*
Post a Comment
Read more
More posts