Showing posts with the label nintendo
Show all

PlayStation Move: everything you ever wanted to know

03:20
While everyone agrees that motion controllers like the Wiimote make for a different level of gaming, no one has dared to compete. until now!

Engadget has everything you ever wanted to know about the PlayStation Move controller.
Post a Comment
Read more

11:18
Super Mario Bros on an 8x8 LED matrix is video of a girl (?) who did some basic house-hold electronics and ported the Nintendo Mario game to a hand-made print board, displays video info on an 8x8 mono-color LED display and transcribed some music to a music generator... to create a Super Mario version in its purest form!

08:35
There is a growing trend in what we used to call Video on Demand (VoD). Now that broadband internet is ubiquitous (in the modern West) and people have a growing sense of "I want that and I want it now!". Movies are spread over torrents and usenet newsgroups. Music videos are often first on YouTube and recently even in HD quality. While torrents are (mostly) free, newsgroups require monthly payments. For that money ($5-10/mo), you get lighting-fast access to download servers that get you (an illegal copy of) a movie in about 5-10 minutes. And that's at DVD quality.

The increasing popularity and capabilities of gaming consoles (and the money gamers spend) have drawn in a new kind of distribution: streaming. Just like Internet radio sends a stream of low-resolution sound packets to a listener while you listen to them, movie streaming does the same to viewers.

YouTube pioneered video on the web. Many popular TV series were offered to fans in countries that had never heard o…
Post a Comment
Read more

05:20
Cool, the rumor machine is predicting that the Wii 2 will get Blu-ray and 1080p playback support. ETA is Q3 2010 and everywhere at the same time, none of this Japan-first shit, then US en then EU. Hurray to Nintendo!
Post a Comment
Read more

03:48
The problem with most computer games is that you sit down for hours learning it, improving and enjoying it. However, during that time you basically don't do much. The Wii changed this somewhat because now you stand up, swing arms, legs and generally move your body a lot more while playing games. But the true invention of the Wii was motion-sensing!

So two guys have brought motion-sensing to the PC with integrated wiimotes and a treadmill into their favorite RPG Aion. By "flapping your wings" (flapping arms with wiimotes in your hand), you can fly in the game. By running on the treadmill, you run in the game. So now, you're actually tired from a fight, from flying 5 minutes or from running away from an enemy! Coool!

It's probably due to Sony releasing a cheaper and slimmer PS3 Slim! Whatever works is fine with me!
Post a Comment
Read more 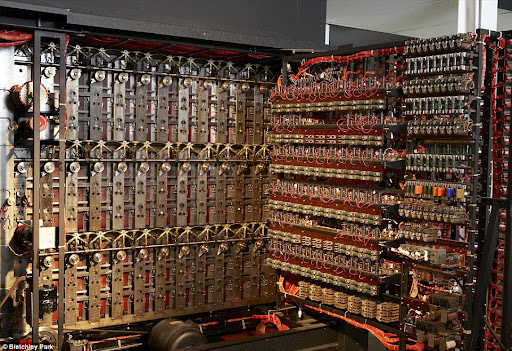 A code breaker machine used in WWII was silently rebuilt by a group of volunteers, veterans and skilled technicians. After 14 years, the Turing Bomb was activated recently. It would analyze 158 trillion possible combinations to decrypt Nazi messages and take about 11 minutes to come up with an answer.
Post a Comment
Read more

07:37
Check out the latest upgrade for the Wii by T3. It seems with the system upgrade you can run games directly from SD card and Nintendo is adding SDHC (high capacity) support for up to 32 GB!
Post a Comment
Read more

04:53
Well, Petra is gone. She moved out last weekend. The house is really empty even though most of the furniture is still here. It's weird. I guess the soul is gone or something. It feels chilly, lonely and cold. Most of the walls are empty and there is a lot of space suddenly.

It's not all bad though... I lost the Wii but gained a PS3. I lost the Ferguson Hill plexiglass speakers but gained a Logitech Z-5500 THX surround set-up. I lost analogue audio, gained Dolby Digital with fiber optical connections from both the PS3 and Mac Mini! Woohoo! Amazing!

I bought some cool wall art at Blik but sadly they're in back order and won't get here for a while. :( Oh well,can't win them all. I checked the local gardening center and found a ton of beautiful plants that I can use both in the scorching heat in the back window sill or the sunny, cooler front window. Now if I only found some nice pots to use. The window sills aren't very wide...

09:55
World of Goo (WiiWare) Review is an interesting review of a game coming to Linux soon. It's a puzzle type of game. Now I'm not much of a puzzle guy, but it reminded my of Lemmings and I used to play that game for hours on hours! just to see if I could. May have to fire up the WiiWare channel and get it...

Thrustmaster Lightsaber for the Wii 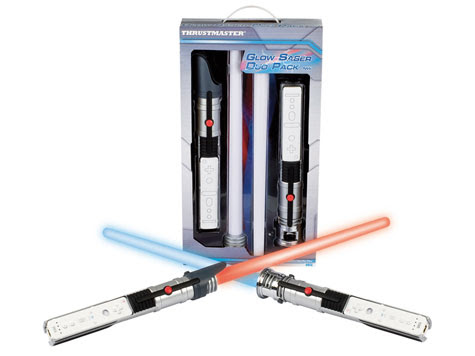 05:46
MrVanes sent me a great link with a promo of in-game footage of Nintendo's new WarioLandgame for the Wii.
Genius marketing!
Post a Comment
Read more

03:49
Digg says MegaMan gets a 8.6 / 10 in a review and elsewhere I read that it sold 60,000 copies in the first day. Best thing about it? It's not a normal Wii game, it's WiiWare. That means someone else wrote it and Nintendo liked it enough to put it in their WiiWare channel... :) Cool! I guess I'm off to input some credits in my WiiWare account. I've been meaning to do so for a long time, but this is it! 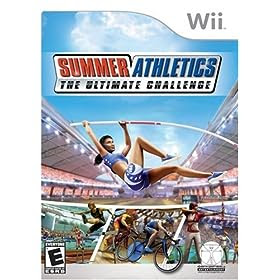 While I don't like the "games" in Wii Fit, the routines are really useful. However, they are so boring that no one in their right mind will want to play them. Except maybe someone who's never played computer games before. That's at least half of all Wii owners, I'm sure. ;) But this will soon change...

"Summer Athletics The Ultimate Challenge" by Conspiracy Entertainment Corporation is coming in August and should yield us all kinds of a cool sports to do indoors. "Summer Athletics" features 25 sports such as sprinting, archery, javelin, hammer throw and swimming. It's also multi player, someone else I hate about Wii Fit games. Then there is also Active Life: Outdoor Challenge... pfff, I may as well join a health club. It's less expensive and I get to meet other people or stare at gorgeous women who inspire me to bring out the best in good ol' me. :)
Post a Comment
Read more

Engadget pointed me to a very easy to follow homebrew guide for the Wii. It's a hack using the Twilight Princess hack for Zelda to load an environment where you can create your own stuff. Someone ported Quake to this and the video shows him playing the shareware version using the Wii controller and nunchuck.
Post a Comment
Read more

Engadget reported that the sequel to Wii Sports will cost around $50 and should arrive Spring next year. There was a working demo of Wii Sports Resort at the E3, so you can check out what it'll offer. Mind you, they used total marketing DORKS to do the demo instead of getting 3 booth babes to do it for them. Major marketing boo-boo if you ask me. :) More screenshots are available too. And I don't know if it'll require the Motion Plus add-on, though it certainly looks like it. :(
Post a Comment
Read more